The Sanwa JLF-TP-8YT Joystick is long considered the FGC standard among joystick levers, and has enjoyed its lions share of performance mods and accessories over the years. OTTO DIY introduces a comprehensive kit whose goal is to enhance control through its use of unique materials and modular pieces that replace the existing parts of your JLF-TP, TP-SK or Hori Hayabusa Joystick.

Korean levers utilize a silicone rubber or natural rubber tension grommet in place of a spring. Secured via a bobbin, it lends to a unique feel that plays well for games like Tekken. OTTO DIY created the V2 Upgrade Kit to bring some of the magic of the Korean lever offerings such as the Myoungshun Fanta and Crown 303 series to the Sanwa JLF. While it isn't exactly the same feel as a traditional Korean lever when upgraded, the JLF jumps into action with the awesome addition of silicon grommets instead of the standard bowl pivot of a standard JLF. This adds tension at the top of the lever at two different levels (40 or 60 depending on the grommet used) and tightens up the overall experience significantly. Die hard Korean lever users will appreciate the update to the JLF and those trying to get a new lever experience without making the jump to a full Korean lever will immediately notice the tighter control it offers with the kit installed.

MADE OF PTFE (TEFLON). HAYABUSA COMPATIBILITY

OTTO DIY made each major plastic component of the kit out of Polytetrafluoroethylene, or PTFE. It is commonly known as Teflon. Not only does this material give the kit components their unique color, but significantly reduces friction on components that must interact with each other. For example, the pivot and pivot core of the OTTO DIY kit will hardly need greasing, producing nearly fluid directional control.

This helpful guide shows the parts needed and assembled in order from top to bottom. 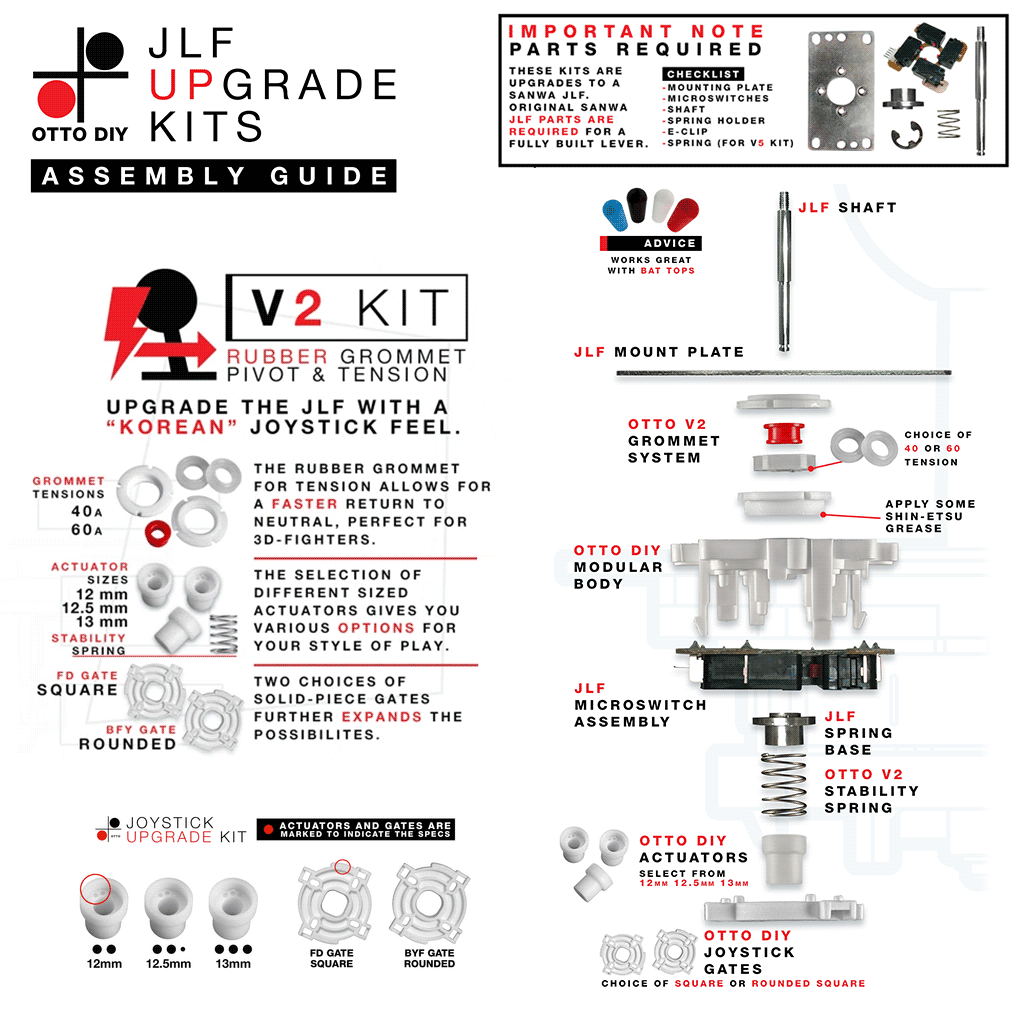 Thanks to its JLF component and build similarities, the Hori Hayabusa Joystick is also compatible with the kit. This gives the Hayabusa a number of enhancements previously unavailable to it. 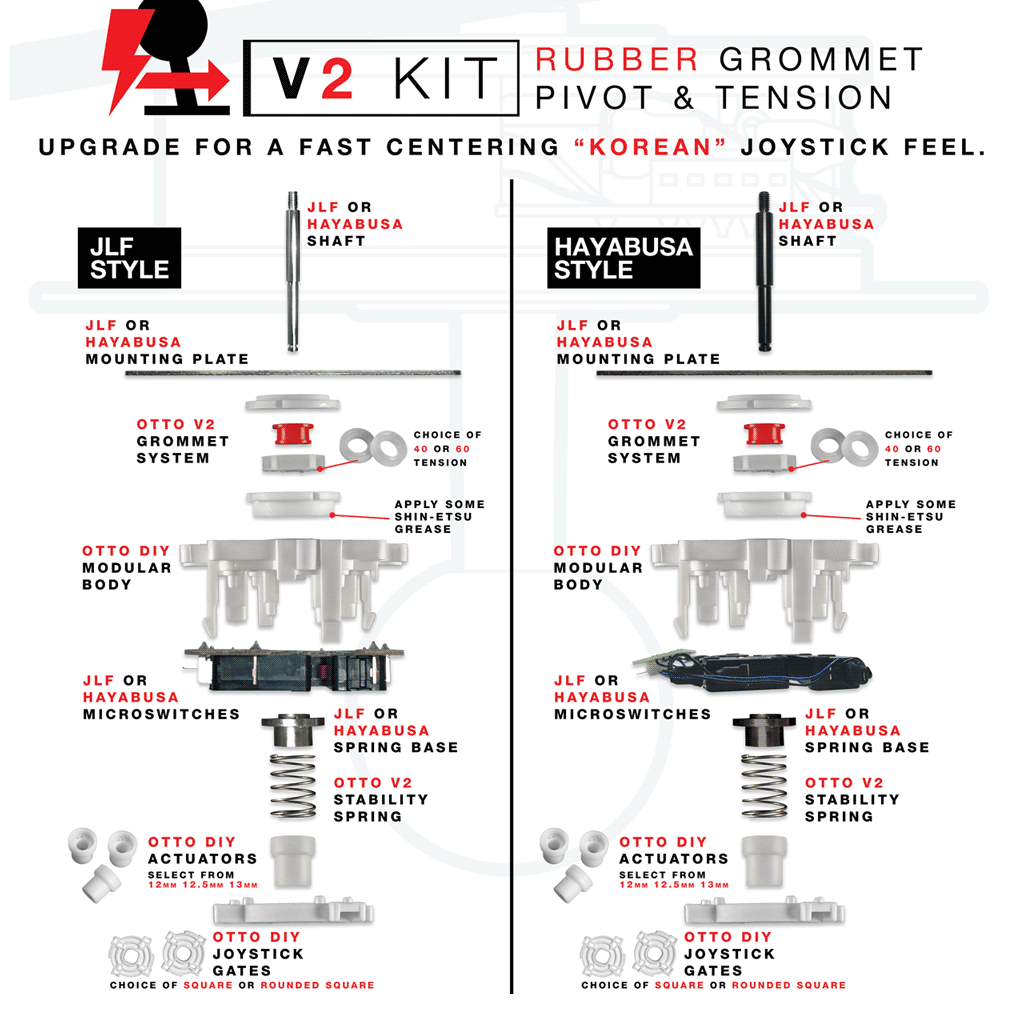 WHAT'S INCLUDED IN THE V2 KIT?

*Modular Joystick Body - The OTTO DIY modular body replaces the existing body found on the Sanwa JLF TP series joystick lever, and used for both the V2 (Korean style) and V5 (JLF Upgrade) kits. It houses the core attachment, plus the original TPMA microswitch PCB or Hori microswitch PCB. *FD Replacement Square Gate - This replacement square gate has a rounded area around the corners, allowing the top portion of actuator to sit comfortably while still defining its corner. *BYD Replacement Rounded Gate - Those desiring an octagonal gate may consider this a worthwhile alternative. The gate increases the rounded edges around the corners, producing a more circular feel during play. *12mm, 12.5mm, 13mm Oversize Actuators - the actuator is used to activate each microswitch plunger, with the 12.5mm and 13mm actuator designed to shorten the distance between the actuator and the plunger and speed up actuation. *Grommet Core and Cap - The grommet core is made of a smooth teflon material and connects to the modular body. The cap sits atop the core, grommet and bobbin, helping to keep everything together. *Tension Grommets and Bobbin - These two elements represent the unique aspect of Korean levers, which use a silicone rubber tension grommet in place of a spring. You will receive two tensions - 40 Shore A and 60 Shore A - with the kit. You can also purchase additional tension grommets with the kit. *OTTO Stability Spring - while the V2 kit uses a rubber tension, the additional spring adds some balance for a joystick lever that normally relies on a spring. *Screw and Nut Set - gold plated screws replace the existing screws used to mount the Sanwa P-1 plate or Hayabusa plate. To install the screws, you will need a 2mm hex key. 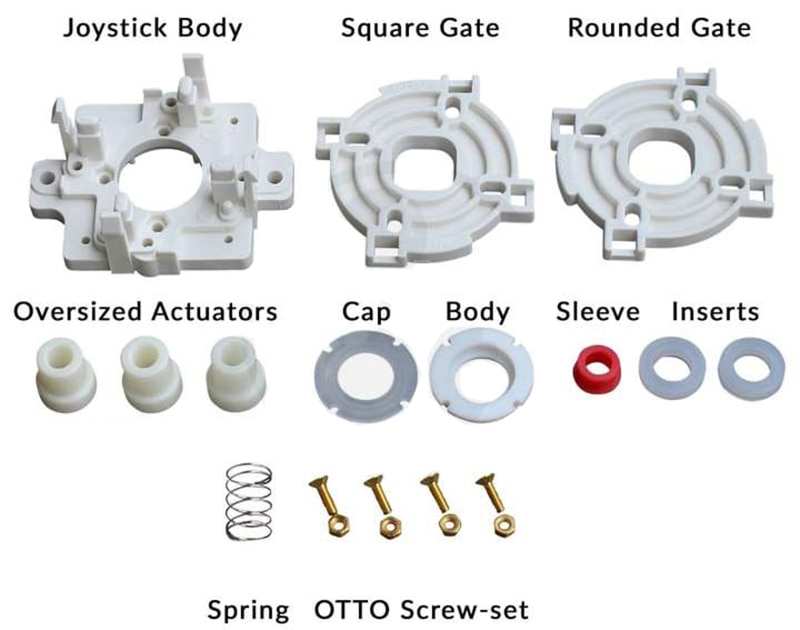 Sanwa Parts you need (NOT INCLUDE IN THE LISTING) 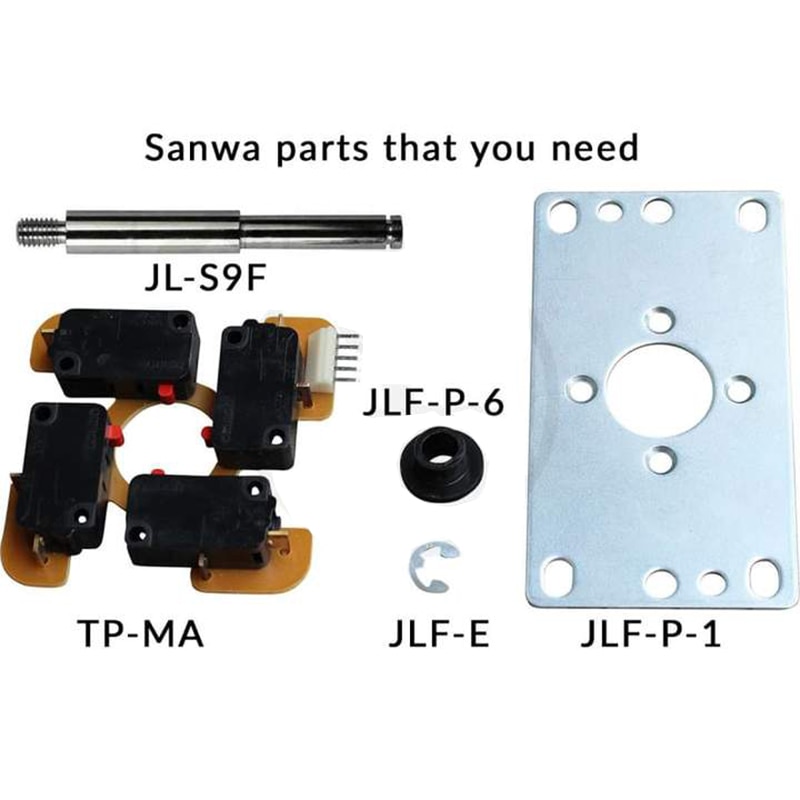 We care your order 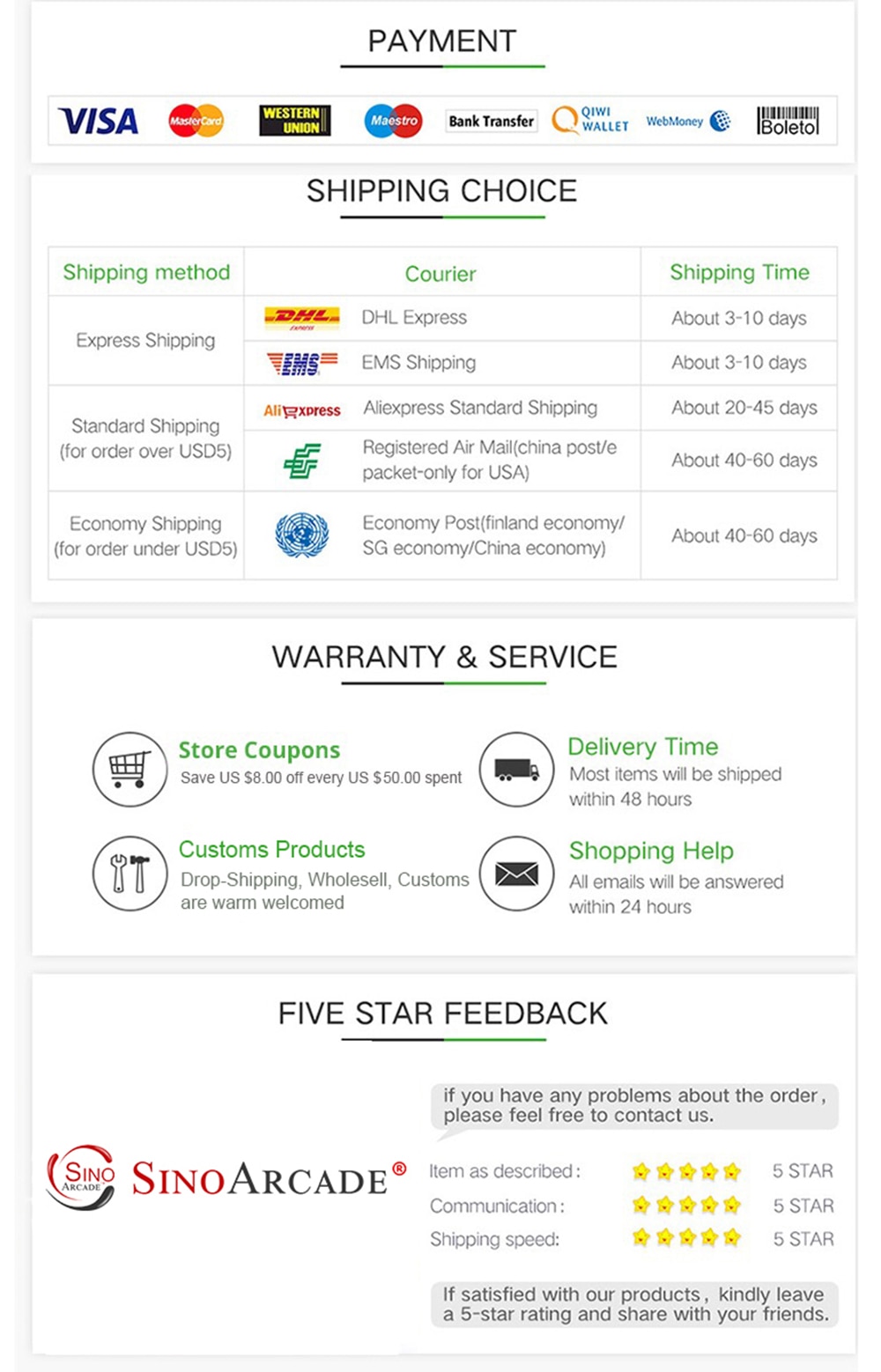